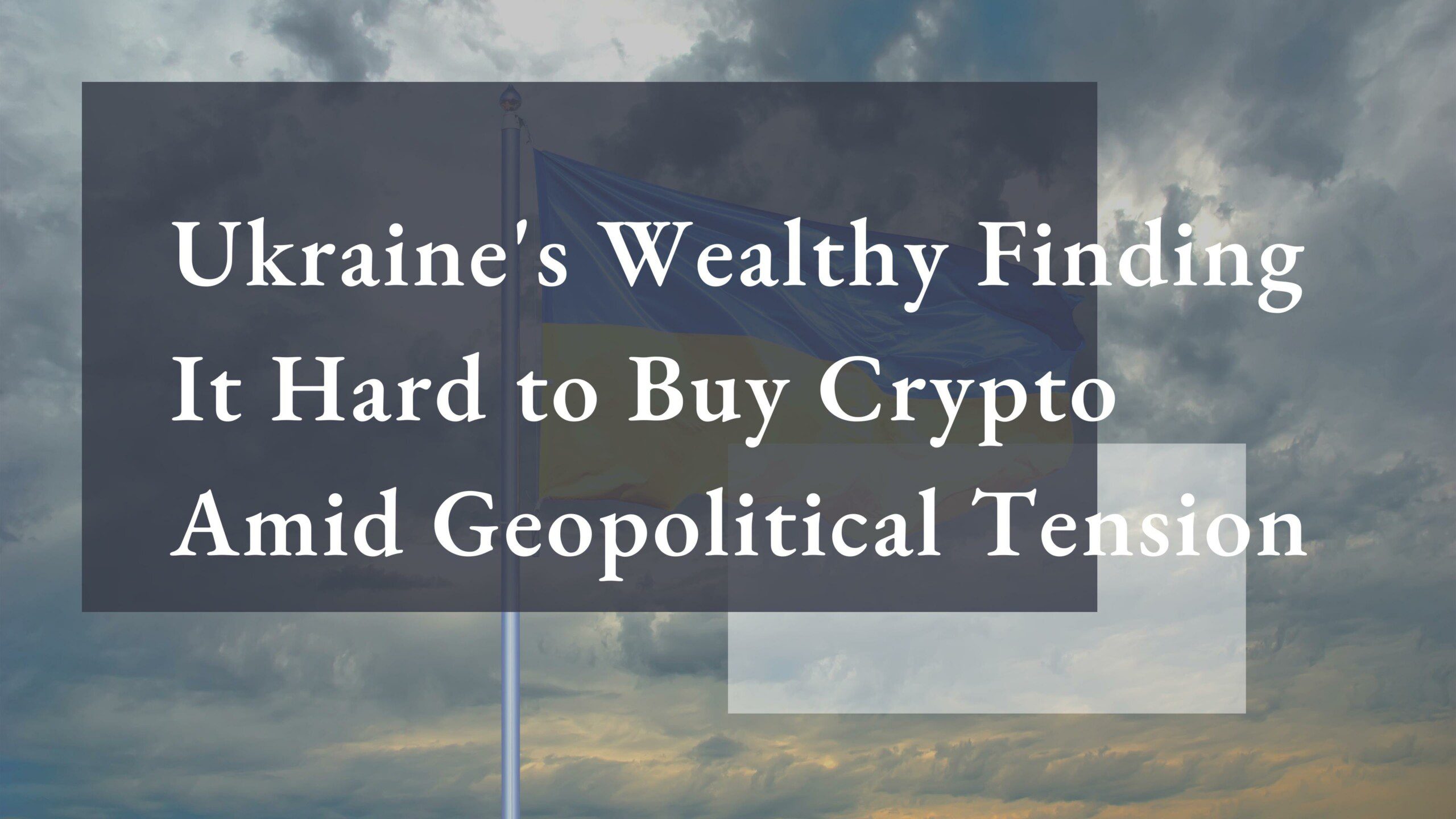 Wealthy Ukrainians, at least those who have not fled the country, are looking to cryptocurrencies as a safe haven for their assets as the Russian-Ukraine conflict heats up. However, there’s a limited supply of Tether’s USDT dollar-linked stablecoins, and that limit has pushed up the exchange rate to a sizable premium.

That’s the perspective of Michael Chobanian, founder of the Ukrainian crypto exchange Kuna, who was interviewed on CoinDesk TV’s “First Mover” program on Wednesday. He talked about the difficulties of buying crypto, the uncertain future of the local economy and possibilities for using blockchain amid the current geopolitical turmoil.

On Feb. 18 U.S. President Joe Biden said he was “convinced” Russia had would invade Ukraine in the coming days or weeks, targeting the capital Kyiv. The Ukrainian government declared a state of emergency Wednesday for the next 30 days, in response to the threat of a Russian invasion.

“In terms of financial panic, yes, there is a panic” among Ukrainians, Chobanian said in the interview. “They want to get rid of cash.”

He explained that most people who want to hedge with cryptocurrencies exchange cash for USDT, and then convert that to other coins such as bitcoin or ether. The problem is, the USDT supply is limited locally so buyers can’t even purchase it at a 4% premium, he said.

The situation is worsened by Ukraine’s local currency devaluation. The hryvnia has lost 6% of its value since Feb. 16, reflecting the current unstable situation.

In the worst-case scenario, the internet and the whole banking system could break down in Ukraine, and crypto could be a safe haven, he said.

‘Millions of Dollars of Cash’

“The majority of people have nothing else to choose apart from crypto,” he said. Those who are already in the crypto world are on the safe side, and many are trying their best to get in, with difficulty, he said.

“We’re talking about millions of dollars of cash that wants to go into crypto,” he said, “but we can’t find people who are willing to do the opposite, sell it.”

Speaking of the future prospects of the crypto sector during this crisis, Chobanian said he is worried about a lack of investment in the country and a gloomy economic prospect in the near future. However, there is also an opportunity for new systems to come into Ukraine such as blockchain companies.

He said Kuna’s biggest problem is the exchange operates in the local Ukrainian currency and “no one would want to integrate the Ukrainian banking system right now considering we are on the brink of war.”

“We are a bit trapped,” Chobanian said.

Speaking from a car, where he said he was conducting his business when not being interviewed, Chobanian said the streets are definitely quieter than a few days ago. He believes many wealthy people as well as “business people and the crypto guys” have left Ukraine, but many people he knows have sent their families out of the country and are staying in Ukraine to protect their homeland.

“That’s what we have to do right now,” he said.

Russian President Vladimir Putin announced on national TV around 6 a.m. local time the start of a “special military operation” in Ukraine designed to achieve the “demilitarization and denazification of Ukraine,” the New York Times reported.

© All rights reserved. •  Powered by Codelogics