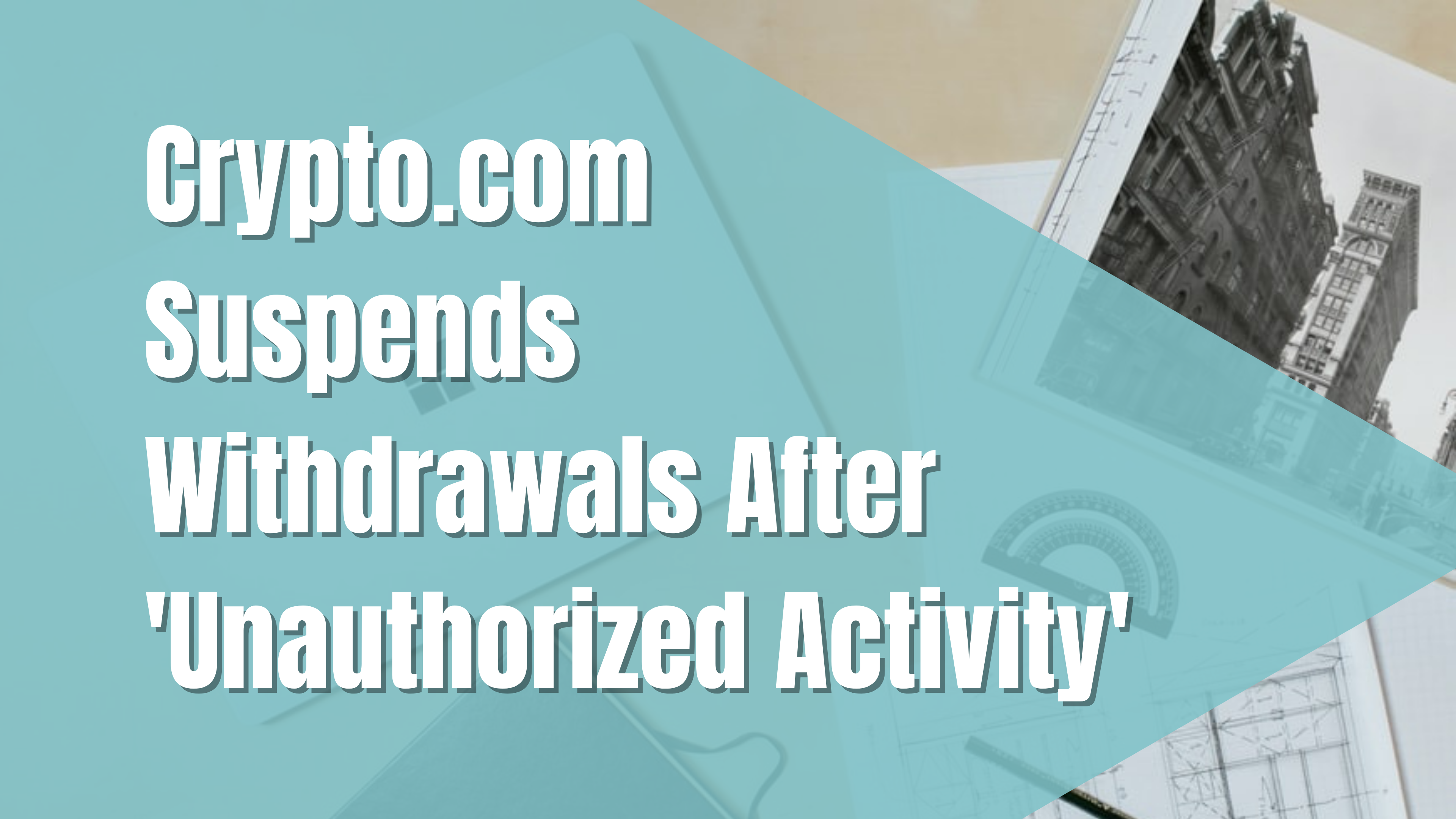 The update from Crypto.com followed user reports from earlier today about unusual on-chain activity from wallets belonging to this platform.

The reports were acknowledged by Crypto.com in a tweet around 04:45 UTC on Monday morning, saying “We have a small number of users reporting suspicious activity on their accounts.” The tweet added that withdrawals will be paused, and that “all funds are safe.”

Replying to the tweet, several users claimed their accounts had been hacked with funds missing. Among them was one user who claimed to have lost ETH 4.28, saying they were “stolen out of nowhere.”

The suspicious activity was also pointed out by dogecoin (DOGE) creator Billy Markus with the Twitter username Shibetoshi Nakamoto, who on Monday morning wrote “I see odd activity on one of the Ethereum hot wallets on Crypto.com.”

According to an update from the company at around 13:00 UTC, security on all accounts was enhanced out of “an abundance of caution.” Specifically, this requires users to sign back into their app and exchange accounts, and reset their 2-factor identification.

In an update published at 17:42 UTC, Crypto.com said that withdrawals have been restored, reiterating that “all funds are safe.” “It will take time to clear the backlogs. We appreciate your patience,” the company added.